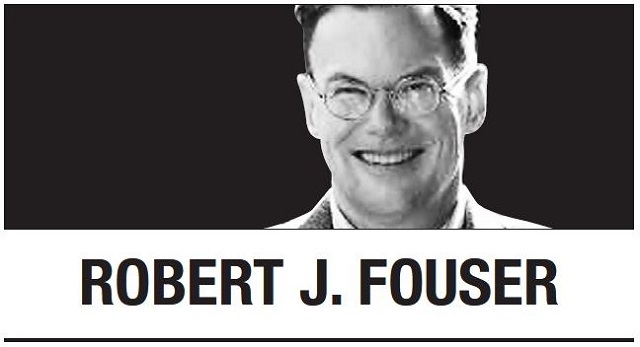 A month ago, on July 14, President Moon Jae-in gave a speech outlining the “Korean New Deal.” The term takes its name from US President Franklin D. Roosevelt’s sweeping response to the Great Depression in 1933. The Korean New Deal has three main pillars: the Digital New Deal, Green New Deal, and a strengthening the social safety net. The proposals are designed to speed economic recovery from the COVID-19 pandemic and promote sustained economic and social development.

Though the programs take their name from Roosevelt’s New Deal 87 years ago, they fit more closely with initiatives of previous South Korean governments from Park Chung-hee onward. The plan relies on a combination of public and private investment to push the nation to a higher stage of development. The Digital New Deal, for example, calls for investment in data infrastructure and contactless technology. The Green New Deal focuses on reducing reliance on fossil fuels by increasing renewable energy production and promoting the diffusion of eco-friendly vehicles.

The big question, of course, is the need for such programs now. Compared to the US in 1933, South Korea is in an enviable position. Roosevelt became president after more than three years of sharp economic contraction that raised unemployment to 25 percent and cut industrial production by more than half. The banking system was near collapse as Roosevelt took office. In response, Roosevelt focused on “relief, recovery, and reform” to address short-term needs and long-term structural reforms. The flurry of activity at the beginning of his term became known as the “First 100 Days.” Other reform-minded presidents have promised their own “First 100 Days” but none has come close to Roosevelt.

South Korea fell into recession in 2020 as the pandemic spread, but so far it has been much milder than in other countries. Indeed, the Organization for Economic Cooperation and Development recently raised its outlook for the South Korean economy, predicting that it will contract only 0.8 percent in 2020. If its prediction holds, it would be the best performance among the 37 nations in the organization. Unemployment, meanwhile, reached a 10-year high of 4.5 percent in May, but has since fallen to 4.2 percent in July as the economy began to recover from the pandemic.

With the economy already recovering, an alternative is to do nothing. Doing nothing would leave the government with less debt at a time when an aging population will place greater demands on existing government-funded health insurance and pension programs. In the 1990s, Japan tried a series of massive stimulus programs, but they failed to produce much growth and left the country deeply in debt as the population began to age rapidly.

The preferable alternative is to do less by cutting regulations and promoting private sector growth. In the boom years, government regulation worked to focus efforts on export-led growth that, over time, turned South Korea into a prosperous middle-class society. These regulations have changed with the times, of course, but they continue to burden various sectors of the economy. Reducing regulations and improving access to capital will revive the entrepreneurial energy of the post-IMF “Dynamic Korea” era.

With these demographic givens, economic growth will remain dependent on exports. Simply put, South Korea needs to sell things that other people want, be it smartphones, washing machines, or music videos. The problem for government policy makers is that they may not know what other people want. The world is big, and companies and entrepreneurs are much better at figuring out what it wants.

Instead of stimulus packaged as a Korean New Deal, the government should focus on improving the conditions for economic growth driven by an innovative private sector. Stable export-driven economic growth is the best way to mitigate the powerful demographic headwinds that South Korea faces.


By Robert J. Fouser
Robert J. Fouser, a former associate professor of Korean-language education at Seoul National University, writes on Korea from Pawtucket, Rhode Island. He can be reached at robertjfouser@gmail.com -- Ed.